Williams and Hansen top seeds in Argo Group Gold Cup
Ian Williams and Bjorn Hansen are the top seeds in their respective groups. Williams will face Will Tiller, Taylor Canfield, and Steffan Lindberg to round out the top four seeds in Group 1. Hansen’s round robin Group 2 will include Johnie Berntsson, Eric Monnin and Adam Minoprio.

END_OF_DOCUMENT_TOKEN_TO_BE_REPLACED 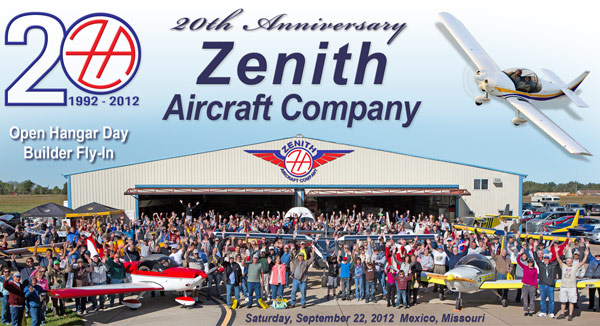 END_OF_DOCUMENT_TOKEN_TO_BE_REPLACED

Yacht on the rocks with two adult males on board

On the late evening of Saturday 29/09/2012 at 11.27pm Largs RNLI Lifeboat volunteer crew received an urgent call to a Yacht Maggie May with two adult males on board.

END_OF_DOCUMENT_TOKEN_TO_BE_REPLACED

Newport, RI – USA – The final day of competition at the 2012 Melges 32 World Championship, hosted by the New York Yacht Club (NYYC), had spectators on the edge of their seats for the last race of the ten part racing series. John Kilroy, Jr. on Samba Pa Ti triumphed over the thirty-three strong fleet to claim the class’ most coveted trophy and title – that of Melges 32 World Champion.

The trio is scheduled to launch Oct. 23 in their Soyuz TMA-06M spacecraft from the Baikonur Cosmodrome in Kazakhstan for a five-month mission on the International Space Station.

CAPE CANAVERAL, Fla. — The first SpaceX launch for NASA’s Commercial Resupply Services (CRS) contract is scheduled for Sunday, Oct. 7, from Space Launch Complex 40 on Cape Canaveral Air Force Station in Florida. There is a single instantaneous launch opportunity for the Falcon 9 rocket and Dragon capsule at 8:35 p.m. EDT. Backup launch opportunities are available on Oct. 8 and Oct. 9, if needed.

END_OF_DOCUMENT_TOKEN_TO_BE_REPLACED

Day 2 MMRC Johor – No ‘Give Me’ races as top teams progress…
By AsianYachting MultiMedia
Goto AY Race Report 2Sept 29th – Tg Leman, Johor: Teams participating in match racing are ready to fight it out till the bitter end. Every race starts with a head to head battle and continues until one emerges triumphant. The round robin format is structured for teams to make their way up the pecking order and finish on top of the pile. Each race is a constant challenge and like any competitive sport, the aim at the end of the day is to finish number one. Those just starting out will be encouraged to achieve their dreams and do the best they can to gain experience. These qualities have made match racing exciting to watch and the often fast and furious action over short courses continues to attract interest and participation to survive as a discipline within the sport. With all this cut throat determination there are no ‘Give Me’ races in this field.

END_OF_DOCUMENT_TOKEN_TO_BE_REPLACED

If you have any IRC news or IRC events in your area that you would like us to distribute and promote, please send it to luiz@us-irc.org

Have a great racing!

On the fourth and final day of the 48th annual Rolex Big Boat Series, a majority of the eight classes competing had bristling showdowns to determine winners, while others held the line to establish early leaders as class victors, including IRC A’s Jim Swartz (Park City, Utah) and his team aboard the TP52 Vesper, which also were named the IRC North American Champions for 2012. “In my mind, sailing is all about teamwork, and we just have a fantastic team,” said Swartz, mentioning crew members Jamie Gale, Ken Keefe and Gavin Brady as among the greatest sailors in the world. “It really helps the program immensely when you have a group of people who know how to take care of each other.” Ken Keefe added that the team also won the IRC East Coast Championship earlier this year. “After having a successful summer on the East Coast and then to come here and do so well is just an incredible feat and shows how strong our team is.” …

END_OF_DOCUMENT_TOKEN_TO_BE_REPLACED

29 September 2012
ATV-3 departed from the International Space Station at 21:44 GMT (23:44 CEST) on 28 September in a flawless undocking under control of the ATV Control Centre in Toulouse, France and in close cooperation with control centres in Moscow, Russia and Houston, USA.