(Thursday 29th August, Puerto Portals) – Harm Müller-Spreer’s Platoon team won the Rolex TP52 World Championship title on the Bay of Palma today, but the German-flagged team, led by the Hamburg-based owner-driver did not make it easy for themselves as they had to contend with two additional penalty points that they were given for twice making contact with rival boats as well as two penalties for different infringements during a tense, nervy showdown with Azzurra.

Welcome to PEMSEA’s August Blue Economy Bulletin. This month PEMSEA looks at two coastal jurisdictions which lie along the seas of East Asia and are facing the challenge of ensuring development and growth occurs in a sustainable manner. Preah Sihanouk in Cambodia uses integrated coastal management (ICM) to conserve its environment and develop alternative livelihoods. Indonesia’s Surabaya undertook a variety of complementary measures on waste management to tackle a daunting waste overload.

The Singapore Shipping Association (SSA) was recognised as the Best Maritime Organisation at the 11th Shiptek International Maritime Awards 2019. The ceremony was held on 29thAugust in the Simpor Ballroom at the Marina Bay Convention Centre, Singapore. 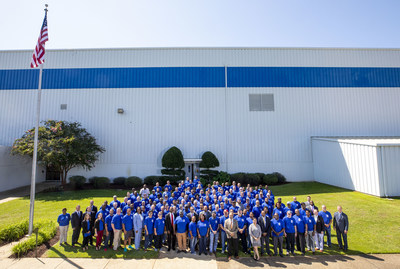