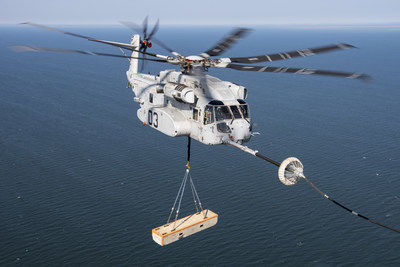 The CH-53K has flown more than 2,000 flight hours validating the aircraft’s performance , including testing on a ship and in both hot and cold environments. This year, the helicopter completed air-to-air refueling with a 27,000-lb. external load demonstrating its ability to enable heavy-lift transport from sea to shore.

October has been another uncertain month for all of us, however, the team at WWTW are still working tirelessly, ensuring that we are here to support those who served.

Revealed: Multiple Voter Polls That Will Alarm Democrats Across the Nation

Pollsters are not wavering from the narrative they have created, despite significant polling data running counter to that pro-Biden story line.

(2) AOC: “I don’t know if I’m really going to be staying in the House forever”